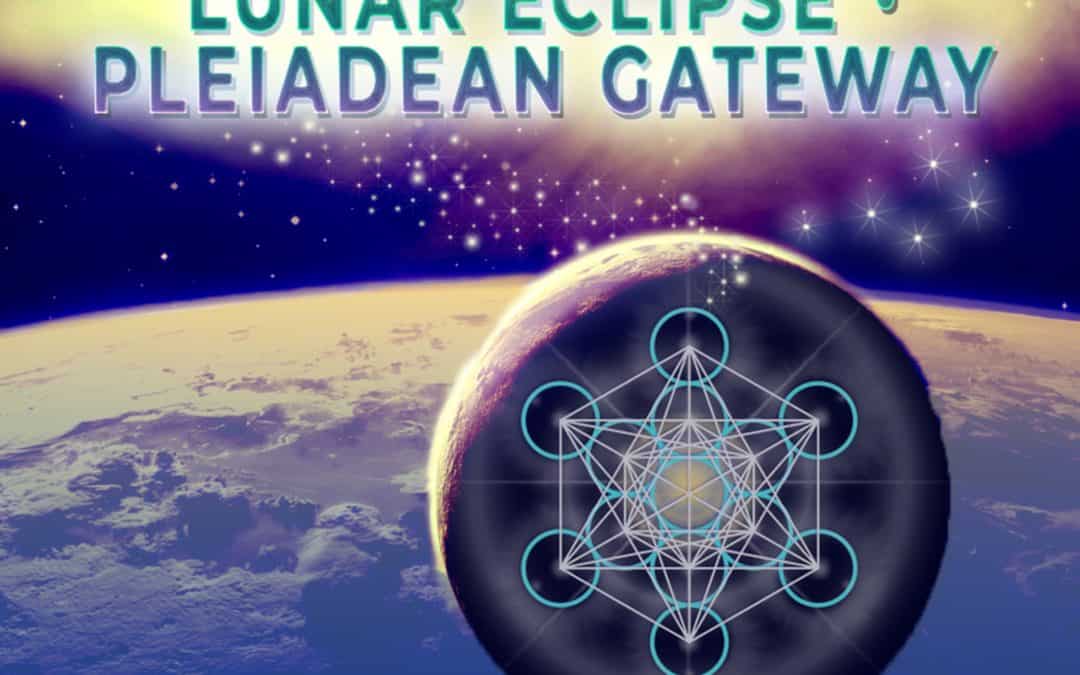 It is just hours till the Full Moon Lunar Eclipse at 27° Taurus peaks at 3:58am EST/08:58 UT this Friday, November 19. This will be the longest lunar eclipse in 580 years lasting 3.5 hours. This is the first eclipse occurring along the Taurus-Scorpio axis since 2012-2014.
Eclipses initiate great evolutionary change, new cycles, resets and deep inner cleansing. During a lunar eclipse, the sun temporarily blocks the moon, allowing hidden emotions and subconscious to be revealed. It is a potent gateway to exit the old patriarchal timeline and segue into the New Earth timeline.
Friday’s Lunar Eclipse aspects Uranus in Taurus, emphasizing the critical 2021 astrology and Saturn-Uranus square finale on Dec 24th. All year Saturn, the planet of constriction is square Uranus, the planet of rebellion, in a collision course between the old and the new. The Saturn-Uranus square is shaking loose entrenched systems and daily routines. Uranus in Taurus infuses this lunar eclipse with revolutionary power to break free from old constrictions, old systems of abuse and limitations.
With the lunar eclipse occurring in Taurus, it is in the Earth element, feminine and receptive. Taurus is the sign of Mother Earth that provides security, stability and groundedness. Taurus is the giver of form and structure – your foundation in life. The Taurus Lunar Eclipse magnetically pulls us toward building a new foundation in the New Earth.
The Taurus full moon eclipse occurs while Earth is in direct alignment with the Pleiades star system between November 16-19th. The Pleiadean Starseeds are visiting Earth to assist with the Golden Age of Transformation. Pleiadean souls are natural healers, environmentalists, artists, visionaries, and humanitarians. The infusion of lavender Pleiadean Light reminds humanity of their larger galactic family.
Join other Light Bearers, Gridworkers, and Star Beings from all around the world, as we gather on November 19th for the Lunar Eclipse-Pleiadean Gateway Activations. The show is recorded for replay. If you would like to participate, register here: https://newearthcentral.com/?p=252575
Lovingly, Meg