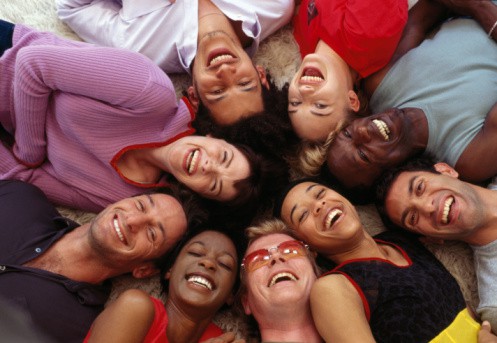 We are now moving through the eclipse corridor for the next four weeks. Eclipses awaken karmic imbalances in an effort to flush out hidden unconscious patterning and programming that limit our human reality. Think of eclipses as cosmic ‘liberators’ of unwanted realities, be it outdated, corrupt or destructive. We need to shake it all loose!

We are currently witnessing unprecedented karmic resolution in progress, especially in the US and UK. Just in the last two days so much duplicity has been revealed in the Light. Clearly we cannot rely on political leaders to save the world. This is why the Lightworkers are here at this momentous time on the planet! It takes a village to run a successful endeavor…and we are the New Earth village.

These eclipses are igniting an impassioned, united call to end all war, violence, corruption and rampant greed. The Lunar Eclipse on July 27th is in Aquarius, amplifying ‘people power’ in action.  This is our moment! We are being called to embrace personal authority, truth and leadership in the global ascension movement. Every Lightworker needs to ask themselves ‘how am I bringing Light to the planet’?

It is impossible to ascend into 5D consciousness or higher and still disparage other genders, races, cultures, or economic class as inferior or less than. Any sense of spiritual superiority or exclusivity is still ego-based. The 5D earth plane operates in unity consciousness. We cannot reject others and still ascend into unity consciousness. During the ascension process into higher dimensional frequencies, we learn how to embrace all energy, both light and shadow, in ONENESS.

The very nature of our Universe is holistic, and in every particle of your being, you are connected to the infinite intelligence of the Unified Field.  Separation is an illusion. All energy is interrelated. This sets into motion an energetic exchange that influences the potential outcome within a Grand Field of interlocking energy waves and particles, that form the FIELD of unity consciousness. Instead of thinking you are separate ‘islands’ existing in time, as the ego mind insists, envision your field of energy pulsing, responding and transmitting consciousness all around you.

Everything is interrelated and affects everything else, so as you heal and evolve one part of your reality, this supports the evolution of everything else. According to quantum physics, the Universe we live in resembles a sea of motion − a quantum field of vibrant activity. All matter in the Universe is interconnected by waves of energy that spread out through time and space, so that every part of the Universe is touching every other part instantaneously in a unified field of ether.

We are transitioning from living in a polarized field of duality, that is dominated by ego control – and ascending into living in Soul Presence and purpose. In an electromagnetic field, opposite charges attract! We experience the polarized forces as “pushing” or “pulling” molecules in our bodies, in emotional conflict, and in the energy around us.  For every positive action taken, we experience an equal negative reaction. When our magnetism is polarized, we attract the opposite of what we intend.

When you actively dissolve polarized forces into a neutral state, then your Soul Magnetism increases in zero point. By spinning zero-gravity in the Quantum Vortex, the negative and positive forces interact, blend, unite and amplify to eliminate negative polarity and create Light Presence in the mind/brain.  When LIGHT is alive and activated in the holographic mind, your visualizations are projected into the quantum field, carrying the Light with them. Photon Light is the carrier of consciousness, the intelligent information that particulates into physical matter.

Matter is how Spirit appears in the physical Universe and how matter appears depends on your choices. In other words, you create your current reality by the continual choices that you make. Acting as a human hologram, your inner condition is interwoven with the materialization of your physical life. If you focus on exclusivity and ego superiority, then the universe will mirror it back to you. Where you focus your attention is where your energy flows.

By intentionally raising your vibration and living in unity consciousness, you transform the molecular patterning that creates your human experience.   When you combine focused intention with brain-heart coherence, you can ‘power up’ to peak intensity in the quantum field with greater success of manifestation. You become a conduit of universal abundance, living in unity consciousness.

Copyright (c) 2018 Meg Benedicte * All Rights Reserved * You may copy and distribute this material as long as you do not alter it in any way, the content remains complete and you include this copyright notice.