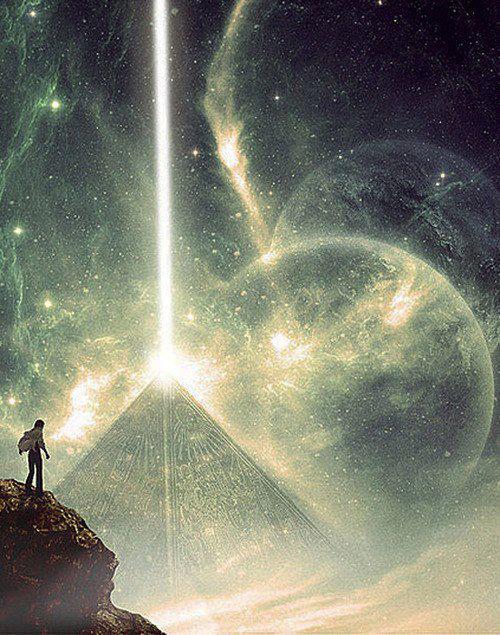 During last year my intuitive radar would often pick up a powerful energy blast coming in March 2017. It felt stronger than anything we had experienced yet. It was a massive ‘blip’ on the radar screen. It is Shadow’s last stand!

We are mid-way through March now, and the intensity can feel overpowering at times. Ramping up this week is the rare conjunction of Uranus and Eris on Friday, March 17th.  It began last year with the first two meetings on June 8, 2016 and Sept. 25, 2016. This Friday we will experience the third and final Uranus-Eris conjunction. This rare transit has been the catalyst for so much chaos and destabilization in the world.  It is breaking apart rigid limitations and dissolving the veils of illusion. It occurs just 2 days before the powerful Equinox Stargate on March 20th.

I’ve been ‘holding space’ as a gatekeeper at the Equinox Stargate since Sunday, and the collective field is whipped up right now. The energy is quite discordant. It is a last-ditched effort to reclaim control of the planetary grid by the dark forces. The Equinox Stargate is now open and altering the entire landscape of reality on planet earth. Pay attention to the shifting waves of consciousness rippling through the earth plane. Focus on LOVE!

The crystalline frequencies offer a vast network of galactic communication to Soul Presence, Soul Groups and the sacred Monad. Maintain your conduit of Light Language to higher dimensional realms of existence. The Equinox provides a powerful momentum that propels us beyond the control of the shadow regime.

Down thru the ages, they have been called many names – dark forces/demonics/archons/fallen souls – but their time on Gaia is coming to an end. The Wayshower Light Warriors have incarnated on planet earth at this momentous time to clear them away. You may have encountered them in numerous ways as you awakened to your true divine self. As your awareness increases into higher frequencies, you start to notice/feel their dark presence around you. Your divine self/soul presence is immune to their manipulation or aggression. Your Light is your power!

They operate in the background, hidden from 3D human vision. They are masters of holograms and create innumerous artificial scenarios or realities to serve their agenda. These dark beings cannot survive in the 3D plane without your energy. They are parasites, energy vampires that live on low-vibratory frequencies such as fear, anxiety, depression, pain and suffering, sexual perversion.

They control the planetary collective and human thoughts/emotions through a complex dark web, or matrix of enslavement. Not only does the dark web become entangled within your energy body, it has been blocking the galactic photonic Light from entering the earth plane for centuries. Human souls have been re-cycling in the lower 3D-4D astral plane, disconnected and split off from divine Source Creator, functioning as food for their survival.

The matrix grid is programming the ego with manipulating thought forms/emotional outbursts/destructive behavior into the primal reptilian brain stem, vagus nerve and amygdale. The majority of your thoughts are not your own consciousness. The matrix simulation was designed to keep you in lower-frequencies of despair, victimization, addiction and hopelessness. Your natural life force has been siphoned, your Light has been drained and your energy field has become fragmented from astral attacks and inserted with portals/doorways leading to the parasites. All of this changed in the year 2012! On 12/21/12 the dark forces lost control of the matrix program. With higher awareness and divine presence, all can be cleared away.

For the past four years, the Light Warriors have been applying their divine knowledge and abilities to break free of the enslavement matrix. Often called the Wayshowers, we’ve been operating as frequency generators of divine galactic Light, shattering the dark control grid so Gaia and humanity can become sovereign beings. This is why you are here!

The coming Equinox Stargate acts as a threshold point for Gaia and humanity to pass through the multi-dimensional ‘eye of the needle’. As we shed lower vibratory density, our souls rise in harmony with the newly birthed 5D Gaia. It is the final hour for the dark forces. They cannot access or survive in the higher planes of unity consciousness. We are witnessing their final defiant act of survival. United Light Warriors are dissolving the dark web and hidden agenda into the penetrating galactic photonic Light. The Equinox is the next tipping point of cosmic Ascension!

You are being prepared for the upcoming Equinox Stargate upgrades arriving on March 20th.  This week is a powerful threshold point into higher dimensional consciousness. As the out-dated energies are dropping away, you are rising into a unified state of Oneness!

Join other Light Warriors from around the world to step into the Equinox Stargate and perform divine Global Activations on Monday, March 20th at 12pm PT. Register at: https://newearthcentral.com/?p=15000

Copyright (c) 2017 Meg Benedicte * All Rights Reserved * You may copy and distribute this material as long as you do not alter it in any way, the content remains complete and you include this copyright notice.